“She has brilliant qualities of an artist and performer”

“From her instrument she draws tones of modest, sensitive elegance”

“The great cellist Xenia Jankovic is an exceptional musician, who is easily identified through her strong artistic and personal charisma.”

“She is an extraordinary instrumentalist, and a skillful musician”

“Graceful, elegant and nicely shaded timbre – she showed herself to be one with the music.”

The recording was made in October 2020 during the global pandemic in an especially inspiring environment – the unique view of the surrounding mountains and the Geneva lake, the architecture of the Fallot castle with its fascinating organ in the middle and, most of all, the musical history of these rooms. L. Vierne (organ player and favorite student of C. Franck), E. Ysaÿe (violinist, to whom Franck dedicated his sonata), J. Thibaud (who played Franck in the most authentic way), A. Cortot (one of the most authentic Chopin interpret), P. Casals (one of the greatest cellists) among many other musicians and friends of the Fallot family, were often spending time in the castle and playing in these same rooms.  We strongly felt this special spirit and the connection to the music of C. Franck and F. Chopin. 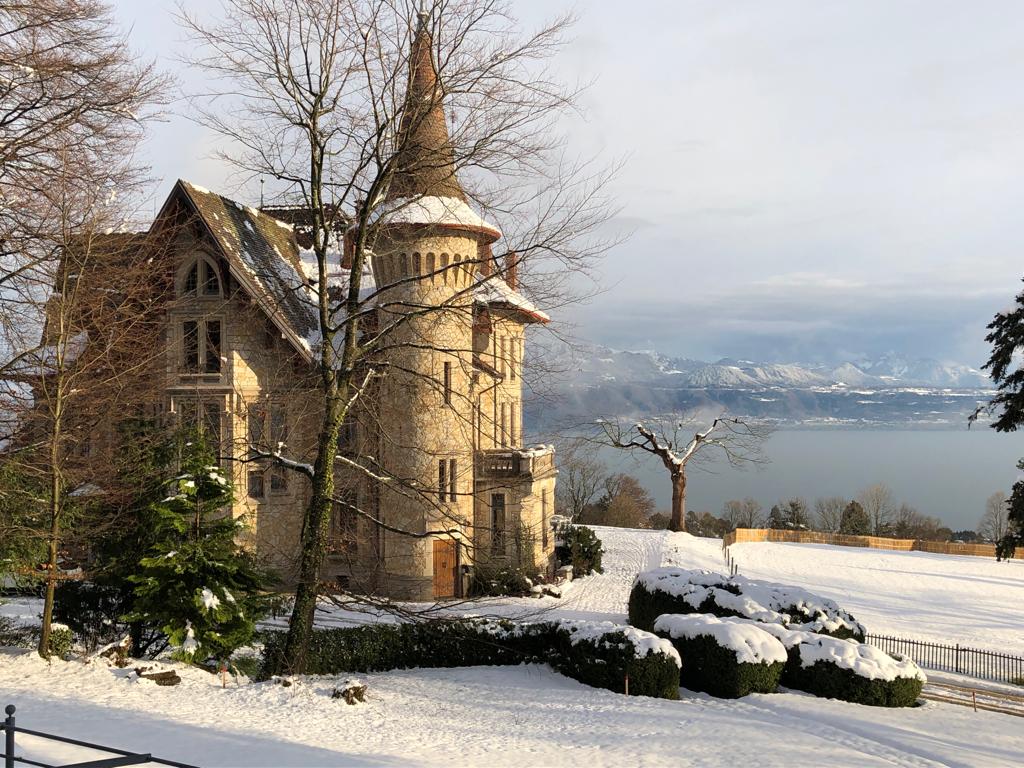 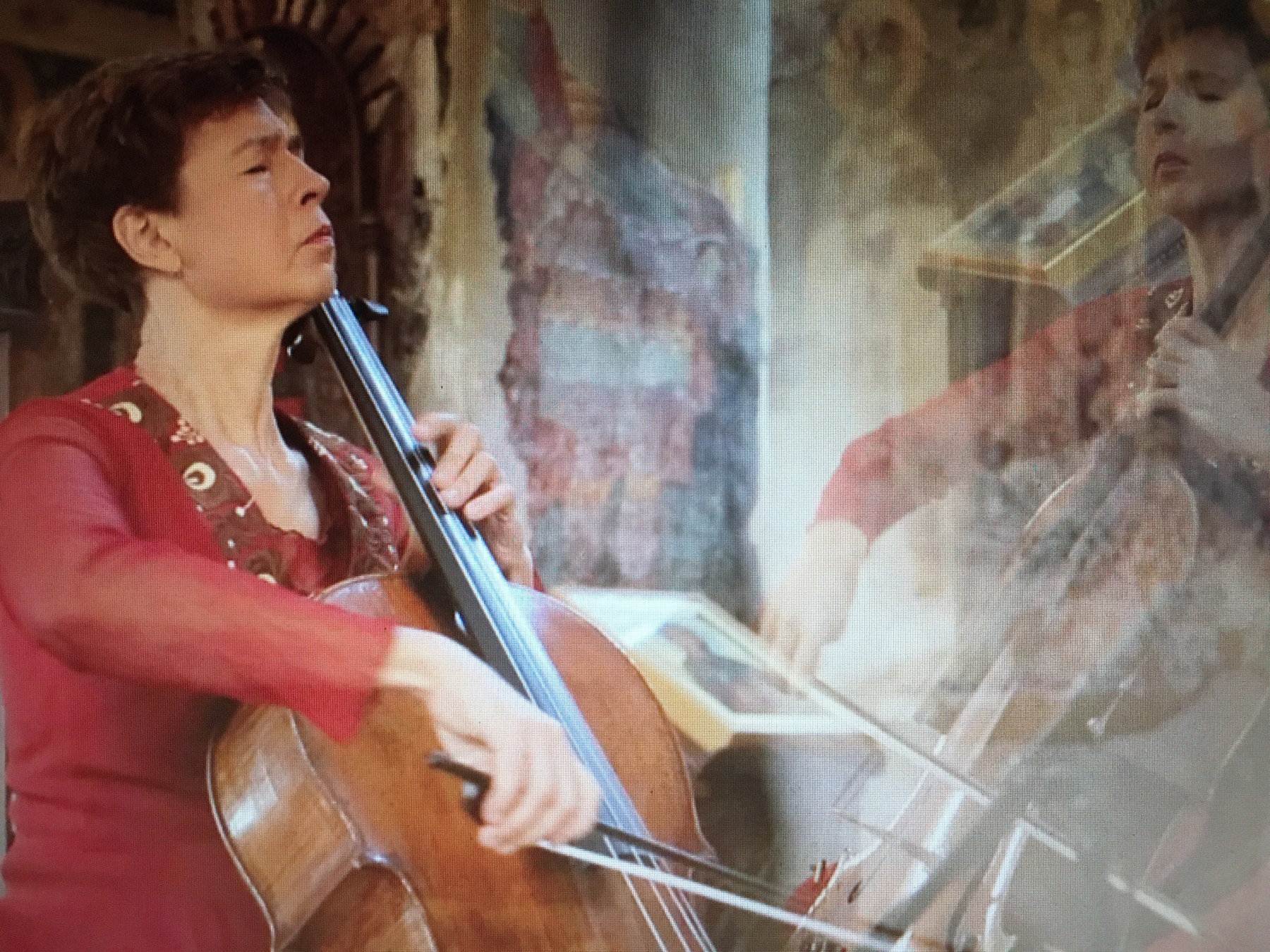 It is particularly interesting to hear these two cello concertos side by side. Despite their different musical language, both works have a strong theatrical side so typical for Prokofiev’s and also Khachaturian’s music. Both concertos are written in the last years of the Stalin era, within just six years of each other (1946 and 1952), and both are in E minor! 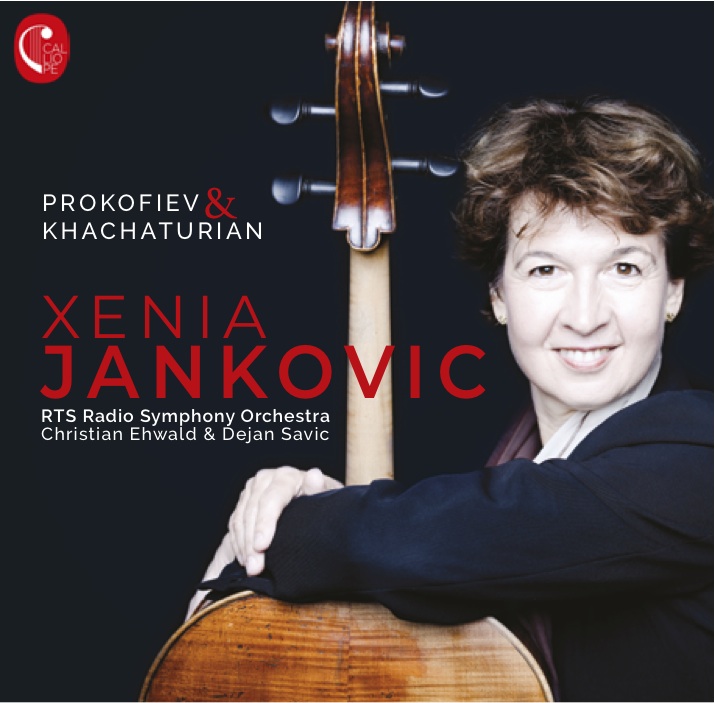 This recording is made on the period instruments. The authentic clarity, liveliness, openness and intimacy of the sound-world of cello with pure gut strings and Hammerflügel are wonderfully valuable and inspiring! 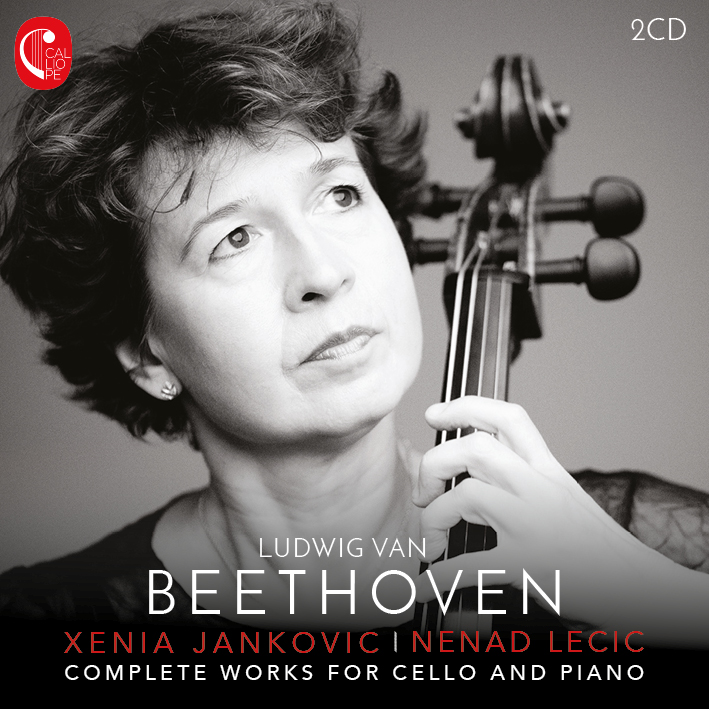 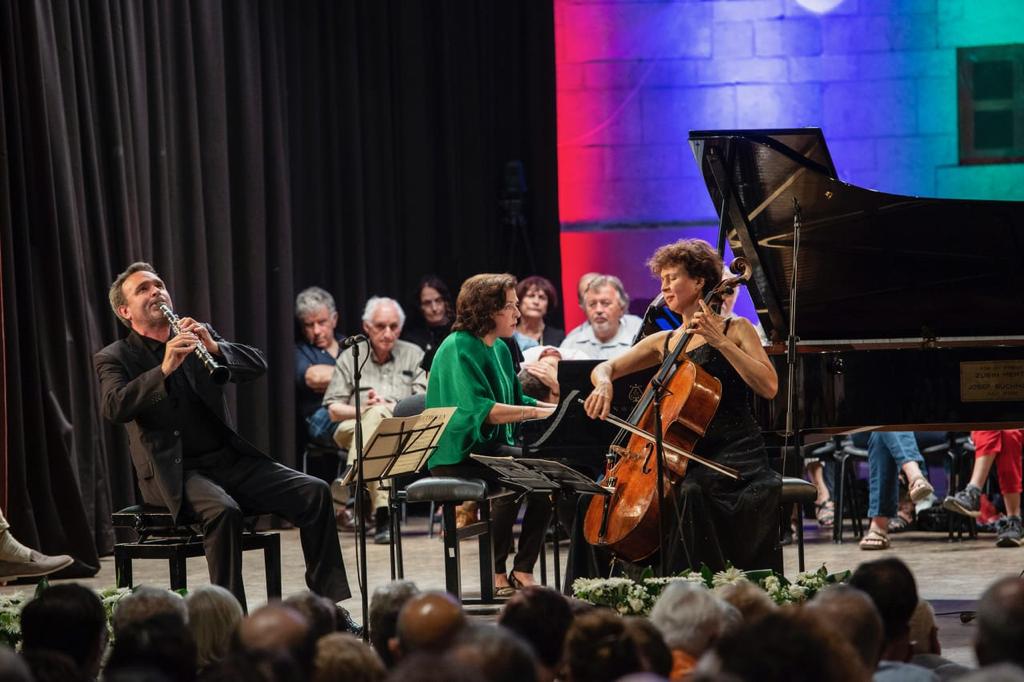 This recording is made on the period instruments.
Schubert Trios are specially moving because of the intimate conversations between the three instruments which touch such profound feelings like deep solitude, love, happiness, fear, mystery of death and many others. And then on the other side the symphonic dimension with the richness of tunes, characters and moods as well as the impressive duration of more than 45 minutes. Schubert’s written dynamics in the E flat major trio are also extreme, reaching triple pianissimo and triple fortissimo.It was fascinating for us as a piano trio to explore these different dimensions, characters, sound colors, dynamics, moods, atmospheres specially playing on the period instruments. 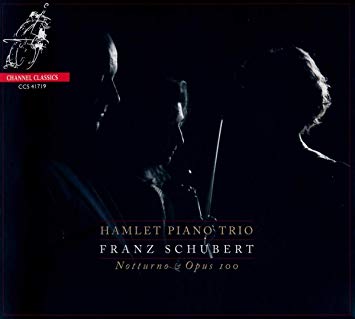 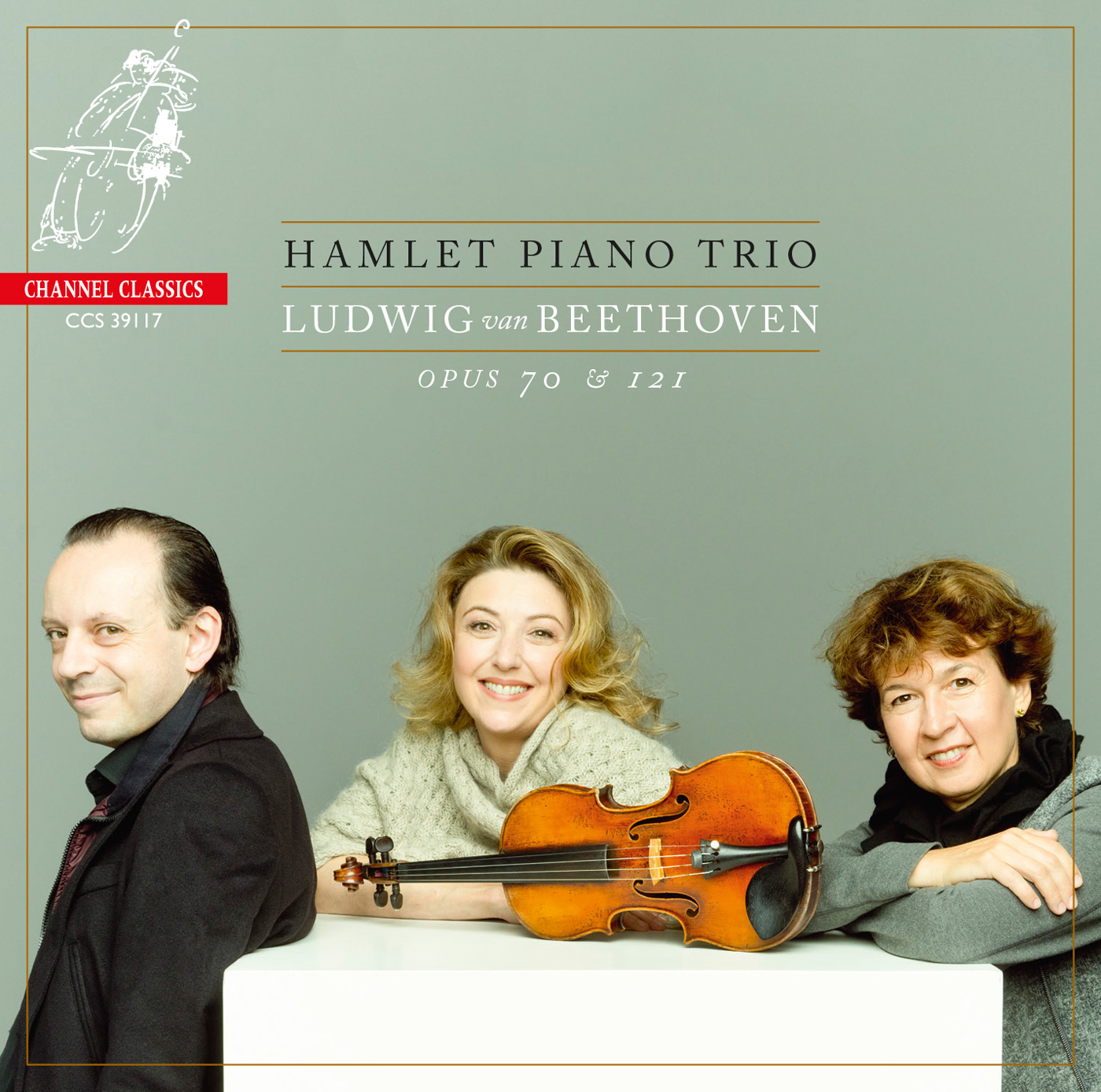 For our second cd we have chosen to record Beethoven trios. Once again we had an adventure playing on gut strings, classical bows and the beautiful Salvatore Lagrassa, 1815 piano from the Edwin Beunk collection. As a musician one has individual timing, ones approach to colours, articulation and phrasing which are pretty personal. It could be akin to how one uses language to express oneself. The peculiar effect of using the historic instruments is how one suddenly has a new dialect in a language that one felt relatively at home in. This opens up new expressions and creates a different sound world, every nuance of emotion or thought that has been experienced becomes more rooted, there is more edge, so many small details are more vivid in colour and articulation which gives a very different picture of the whole. Its perhaps close to a restoration of a picture only much of what is restored happens to us!
A recording is but a moment in time, hopefully capturing moments of inspiration.

I believe we succeeded in creating an interesting and beautiful string version of the Haydn Cello Concertos. I did not play on my Gregorio Antoniazzi instrument (1733 from the workshop of Montagnana) for this concert and recording, but instead on my new Ragnar Hayn Cello from 2010, made in Berlin. It was a great pleasure to play on this instrument, which has a sunny and bright quality of sound, working particularly well with this version of the concertos. 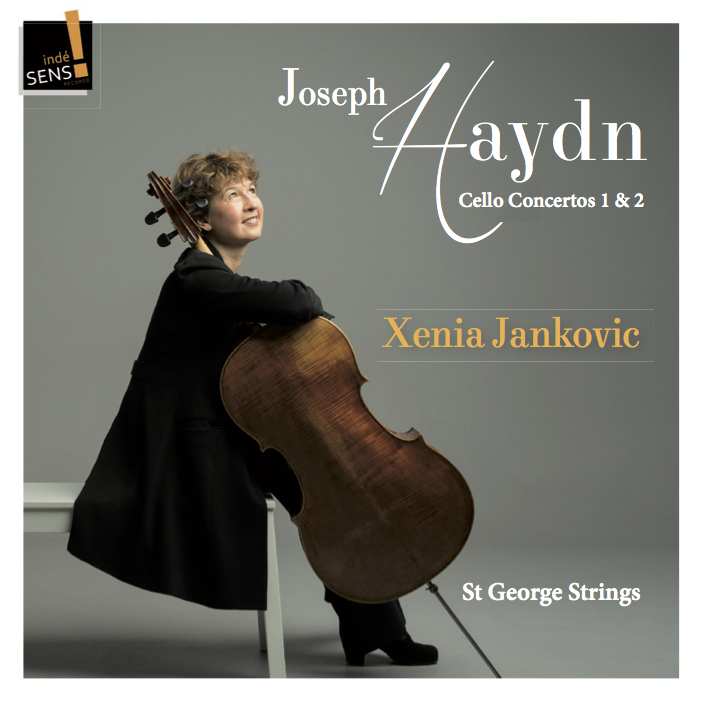 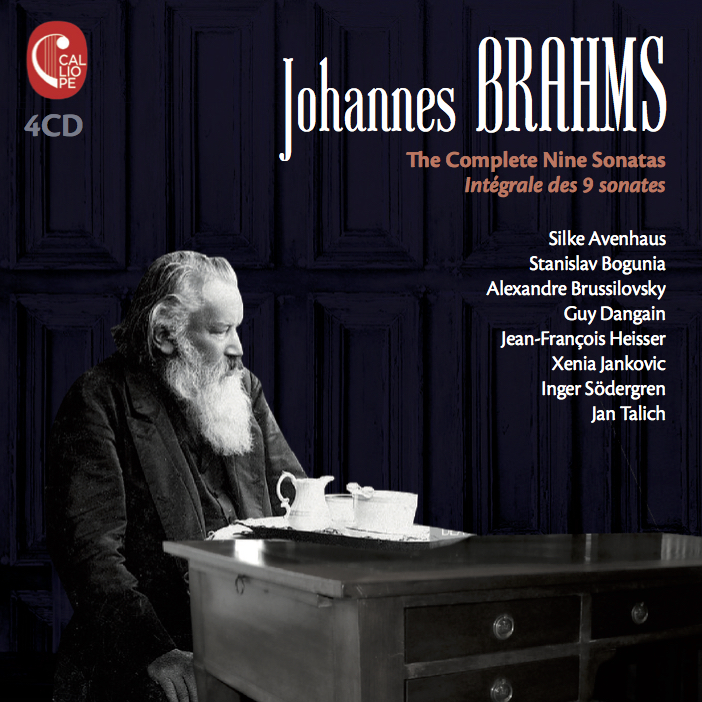 Thanks to KILMULIS design agency I have new redesigned official website. Please take a look around, and enjoy browsing!